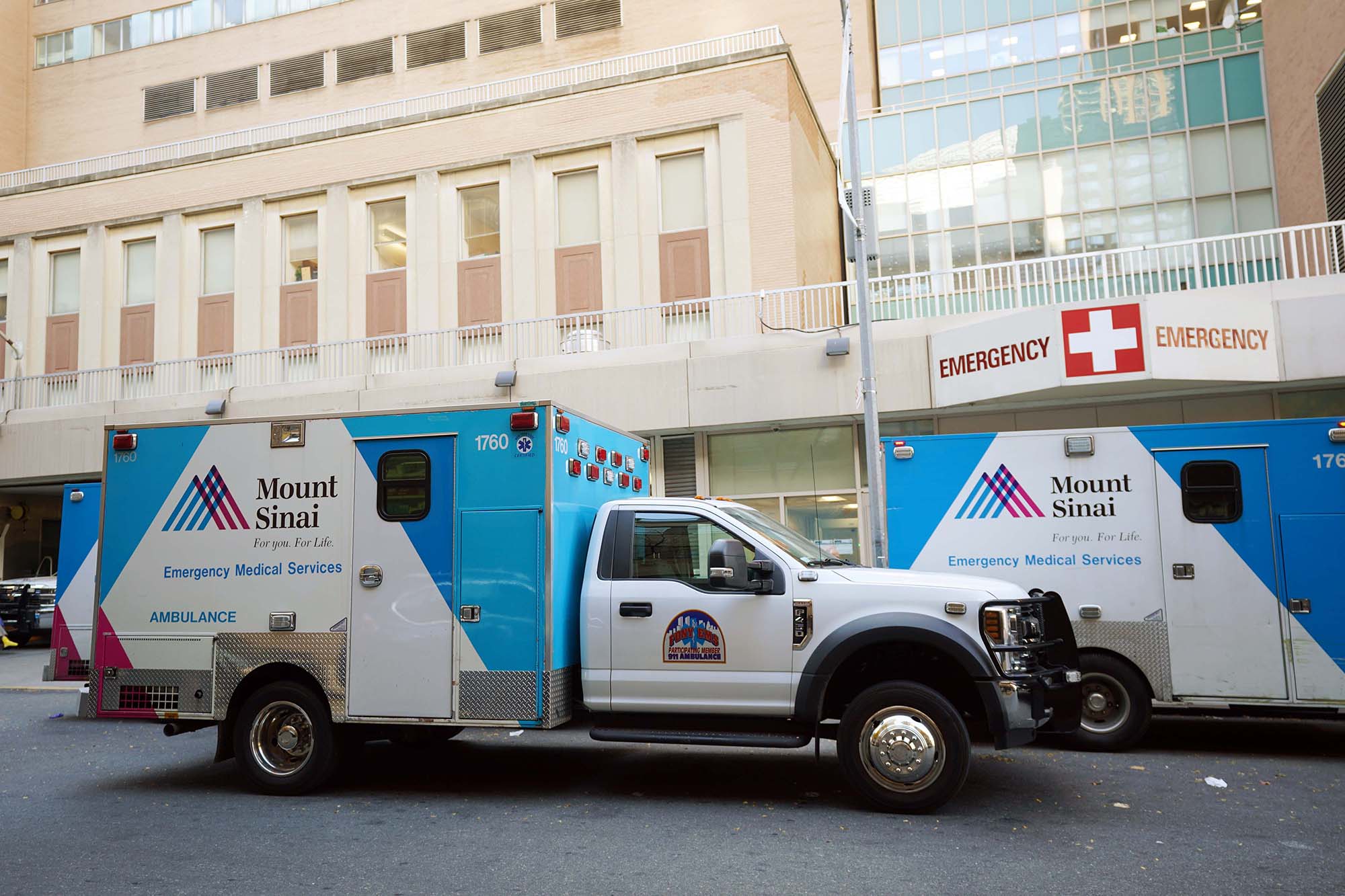 Mount Sinai dealt with a bedbug outbreak that had one staff member comparing the premises to the Rikers Island prison complex.

Some employees were alerted on Sunday to the itchy problem on the second floor of the Mount Sinai Rehabilitation Center on Madison Avenue, sources told The Post.

But it wasn’t until Wednesday that pest control workers were seen in the hospital, sources said.

That led one nurse to slam management as “completely reckless.”

“This is a hospital, not Rikers,” the nurse said, referring to the chaotic city prison complex.

The bedbugs were found in an area of the hospital where patients rehab from spinal cord injuries, sources said.

“Management should be ashamed for waiting until (Wednesday) to call pest control and continuing to put our patients in danger when they come here to heal,” one physician told The Post. A “worried and upset” relative of a patient had alerted him to the presence of the pesky bugs on Sunday afternoon, he said.

But in a statement to The Post, the hospital said the issue was dealt with promptly.

“As soon as it was discovered, we brought in environmental management and pest control,” a spokesperson for Mount Sinai Health System said. The spokesperson confirmed the bedbugs but didn’t offer an exact timeline of when the problem came to the administration’s attention.

“Earlier this week, bedbugs were identified in and around a staff area,” the spokesperson said.

“As per hospital protocol, environmental services and pest control were notified. The area was cleared of personal belongings, closed, treated and disinfected.”

A dog trained in pest inspection sniffed around the second floor with a little black vest with the words “Working Dog” emblazoned on it.

Some workers were wearing extra PPE amid the infestation, with a physician claiming to have seen one nurse in “head to toe” PPE gear.

One former patient also told The Post that bedbugs were found in the hospital’s ER about a month ago, and he had to hire an inspection company to check his Upper West Side home to make sure none came home with him.

That was confirmed by John Brickman, a partner at NYC Bed Bug Inspections — but he stressed that Mount Sinai was not a particular problem area, with other hospitals also having issues.

“We get calls from everywhere — hotels, department stores, airports and, yeah, hospitals,” he said, stressing that they are “normally just isolated incidents that are treated” and quickly cleared.

“It never stops. Anywhere there’s human traffic you run the risk of catching bedbugs,” he warned.

Hospitals are particularly vulnerable because they “can’t deny people at the door” so they end up “taking whatever they have,” he said.

“Some hospitals also deal with more homeless people than others, and that’s why you have some that are more infested than others because of the type of people coming in and out.

“But generally there’s a protocol in place at each one to help remediate anything that’s happening,” he said.

The company was not called in for service in this week’s problem.