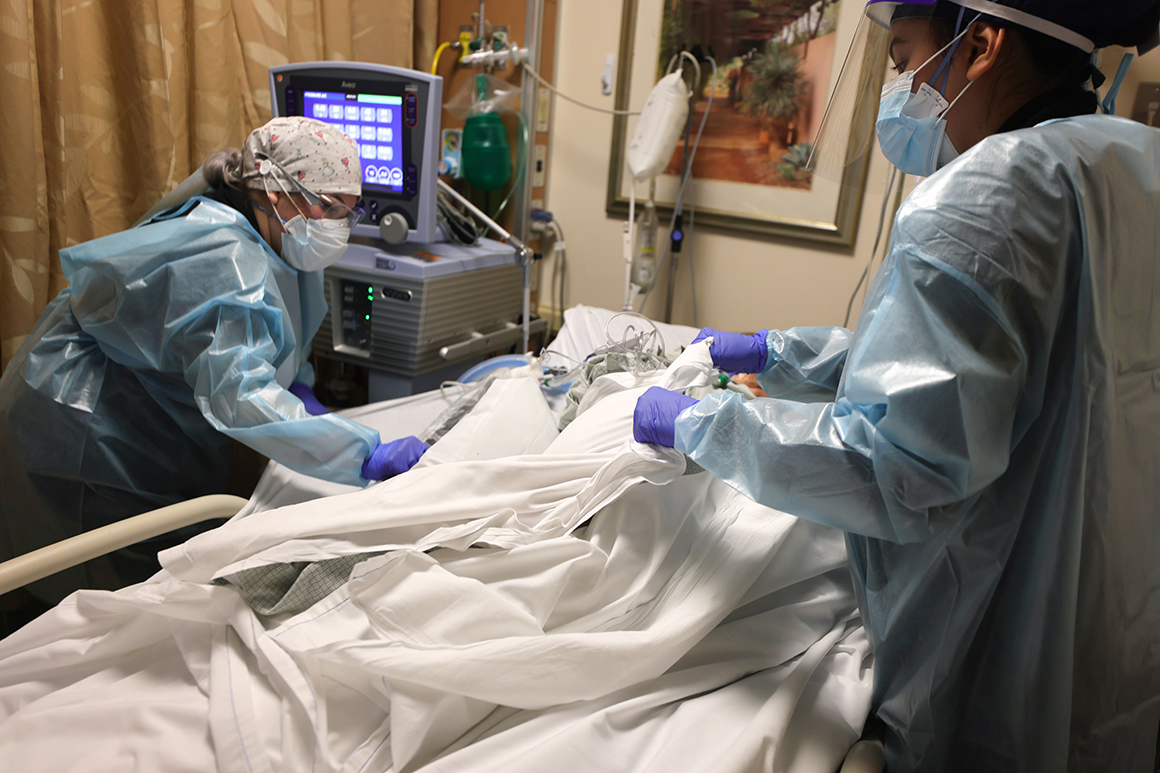 “Very poor, disenfranchised people don’t opt in, and very wealthy, educated people also don’t opt in,” said Brookings Institution fellow Kavita Patel, a physician who previously worked on medical registries in Congress and in the Obama White House. “When you have a bell curve, you miss the insights you get from the outliers and the extremes, which is unacceptable when we need to understand these symptoms and patterns.”

An estimated 10 percent of people infected with the virus experience long-term complications, but there are not yet set guidelines for diagnosis or treatment. Known symptoms, which can range from mild to severe, include brain fog, shortness of breath or depression among others. These patients have often faced frustrations trying to access treatment and qualify for benefits like disability, unemployment or workers’ compensation. It’s a situation that patient advocacy groups, labor unions and medical experts say is unsustainable with nearly 33 million U.S. coronavirus cases and counting.

While several states are weighing Covid registries, New York lawmakers are the first to draft legislation. Their bill is modeled after a city registry of 9/11 survivors and first responders who developed chronic illnesses following the World Trade Center attacks. It would create a voluntary Covid registry that would help New York’s health department collect data to study any trends or treatments that might benefit patients.

“We’ve only seen the tip of the iceberg,” warned New York state Sen. Brad Hoylman, the bill’s lead sponsor, who said constituents of his Manhattan district with “long Covid” told him the virus’ lingering effects have made it difficult to even leave their homes.

In Washington, lawmakers supporting a federal registry argue it would give scientists a more accurate picture of a growing national epidemic. New bipartisan legislation would give government agencies nearly $100 million to collect data and educate doctors about long Covid, and it also includes $30 million to establish a database for patients to voluntarily share information about long-running symptoms. Its sponsors are pushing to attach the legislation to President Joe Biden’s infrastructure package or another must-pass bill this year.

The idea of a Covid registry has at least one high-profile backer inside the White House.

“I’m all for it,” Anthony Fauci, Biden’s chief medical adviser, told POLITICO, though he cautioned that such a registry would have to be thoughtful about “privacy issues.”

Union leaders in New York, one of the states hardest hit by the pandemic, are getting behind the push for a Covid registry, noting that many of their members never had the option to work from home and are now suffering from lingering symptoms. State labor groups that were a key force in establishing a Sept. 11 registry could be similarly influential for tracking Covid’s long-term effects.

Still, some Covid survivors may be reluctant to enroll because they’re wary of entrusting the government with their medical information. Rep. Don Beyer (D-Va.), the lead author of registry legislation in Congress, said the voluntary nature of his bill should help alleviate any privacy concerns.

“You don’t have to sign up. You do it because you want to contribute to the health of the country and also maybe help yourself,” he said. Even though Beyer’s bill has Republican cosponsors, he said he’s anticipating some opposition from the right given the recent outcry over the idea of vaccine “passports” that could prove if someone’s been inoculated against Covid.

Patel, the Brookings fellow, argues the voluntary model is problematic because it puts too much onus on patients and will yield too few sign-ups, undercutting research efforts. Working with newly formed Covid patient advocacy groups like Survivor Corps, Patel is instead advocating for a system that automatically pulls information from electronic medical records while giving patients the ability to opt out.

“The whole purpose is to be able to gain insights and trends and patterns,” she said. “You need as much of a representative sample as possible.”

The data on long haulers remains limited and imprecise. It comes mostly from people who were hospitalized with an initial Covid-19 infection, representing a fraction of the people who have contracted the virus. Researchers suggest even this data is unrepresentative because it tracks only those with the time and resources to access ongoing care, putting a wide swath of traditionally marginalized communities at a disadvantage.

“We know close to nothing about post-Covid,” said Allison Navis, the lead clinical neurologist at Mount Sinai’s post-Covid clinic in New York. “We don’t have studies on how prevalent this is, let alone how long it lasts.”

In that information vacuum, many patients are finding that doctors are quick to dismiss or misdiagnose their symptoms. It’s been especially challenging for people who believe they contracted the virus early in the pandemic but weren’t able to get an initial diagnosis because testing was not yet widely available. Antibody testing that can detect a past infection may not be conclusive for a negative result because the tests have varying accuracy and it’s unclear how long an immune response to the virus may last.

Rep. Ann Kuster (D-N.H.), who’s undecided on a Covid registry, said that’s the situation her niece is now facing after dealing with debilitating symptoms for over a year. She couldn’t get a test after getting ill, and antibodies were undetectable by the time she was able to test for them months later.

Because she didn’t have a positive Covid test, the physicians didn’t believe her that it was Covid-related,” Kuster said. “She was frustrated and humiliated. The physicians were implying that this couldn’t be real and it was in some way psychological.”

The National Institutes of Health has already begun recruiting patients for studies on long Covid, using $1.15 billion from a stimulus package approved in December. The agency said it’s trying to understand how common long Covid symptoms are, why some people are more susceptible and whether people can develop new symptoms long after infection.

But labor and patient advocacy groups say a national Covid registry would be more comprehensive than these individual studies. While they’re not yet pushing to create a separate program to fund ongoing medical care, like the one Congress authorized for World Trade Center survivors and first responders 10 years after the attacks, it could be the first step toward doing so.

Even as Covid infections drop to their lowest levels since September, the virus is still infecting over 30,000 per day and expected to keep circulating after the pandemic ends. That means more people potentially developing long-term symptoms who will need diagnosis, treatment and financial support.

“People are going to be exposed,” said Stuart Appelbaum, president of the Retail, Wholesale and Department Store Union, who said many of his members are dealing with long-term symptoms. “We want to make sure that as much research is done as possible.”