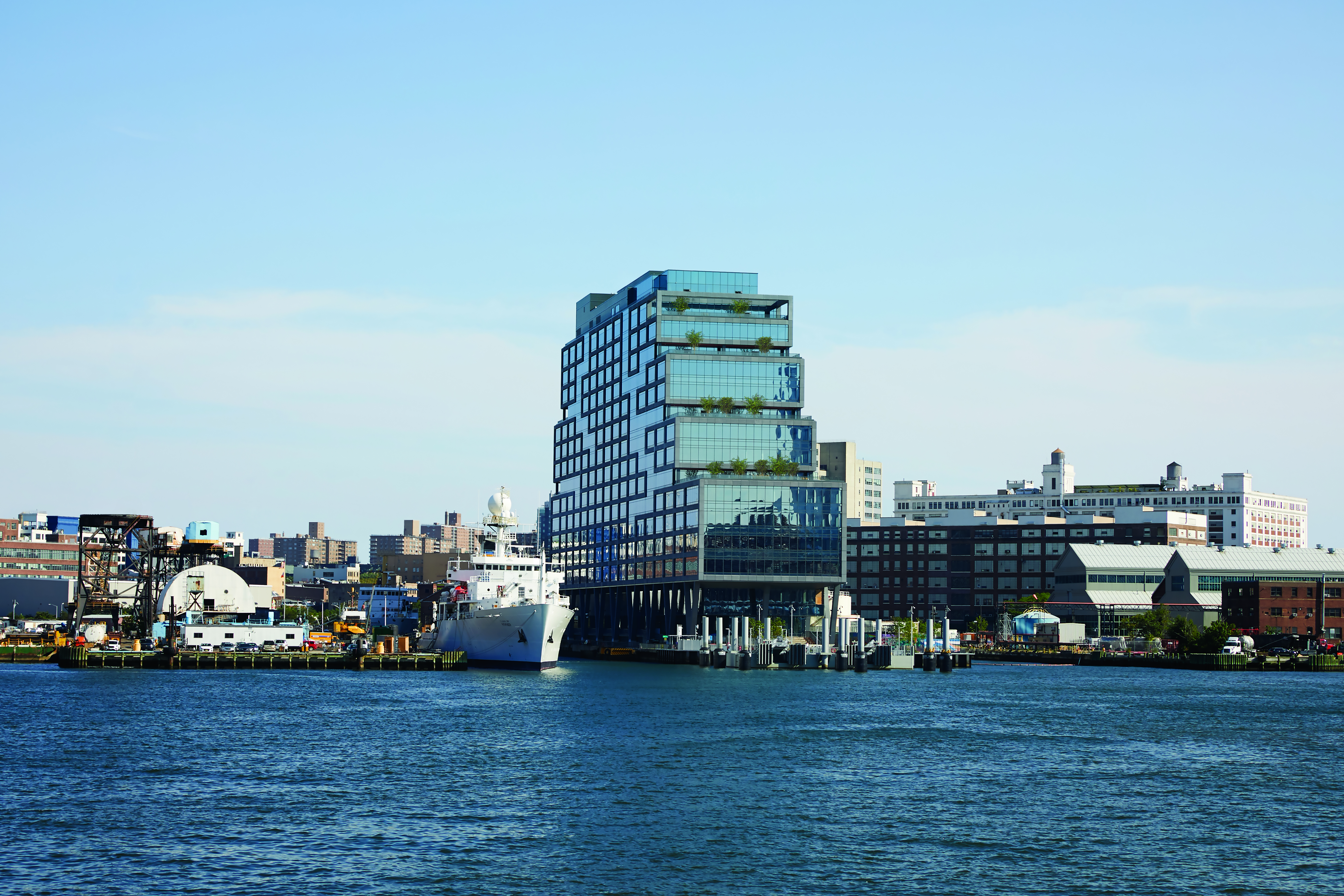 Digital culinary hub Food52 is moving its headquarters from Chelsea to the Brooklyn Navy Yard — and, dramatically, to Dock 72, the ship-shaped waterfront office tower by Rudin Development and Boston Properties.

It’s a momentous move for Food52, the online cooking-and-home brand that reaches 25 million people every month. It was named one of the world’s “most innovative companies by Fast Company magazine in 2020.

But it’s just as important for the developers, who’ve been hungry for a new office tenant at Dock 72 since WeWork signed on as the anchor tenant and a development partner six years ago. WeWork occupies 220,000 of the building’s 675,000 square feet.

Food52 is taking 42,000 square feet on the entire 13th floor. The site’s co-founder and CEO, former New York Times food editor Amanda Hesser,  said the company “redefined” its workplace vision during the pandemic “to intertwine our worlds of content and commerce creation just as we do on the site.”

She said they’re already starting to build out studios and test kitchens at Dock 72 and plan to move there in the second half of 2022.

The 12-year deal comes as a relief to Rudin and Boston. Although WeWork’s commitment remained firm at the site despite its earlier woes, the developers’ efforts to lure more tenants were stymied by the pandemic.

In addition to a New York Ferry stop at its feet, technologically advanced Dock 72 boasts 35,000 square feet of tenant amenities including a food hall managed by FLIK Hospitality and Danny Meyer’s Union Square Events, a rooftop conference center and a health and wellness center.

Bitcoin could hit $100K in the future, Goldman Sachs says