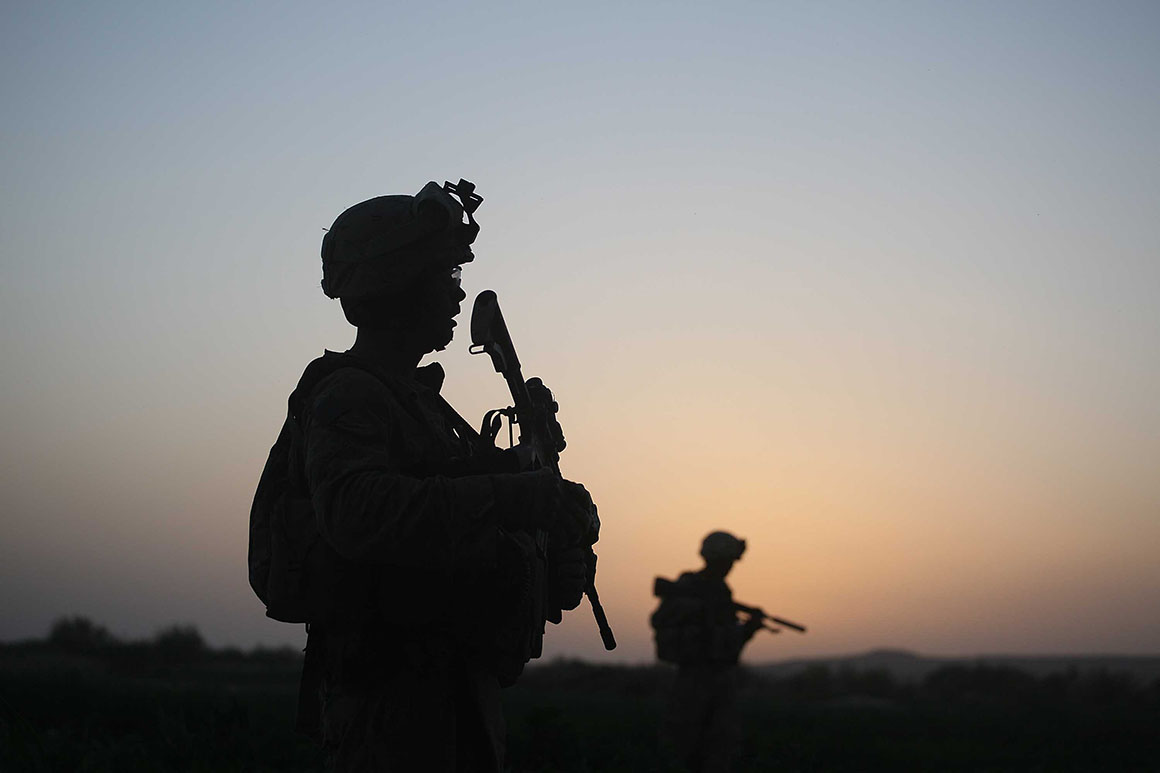 The comments from the commander in chief come as the Pentagon has sounded the alarm about service members refusing the vaccine in large numbers, with roughly one-third of troops declining to take the shot as of February, according to congressional testimony from military officials. Earlier this month, the Pentagon reported that nearly 40 percent of Marines who had been offered the vaccine turned it down.

“Obviously, we’re thinking about what happens when they become FDA-approved,” Kirby told reporters. “It would change the character of the decision-making process, about whether they could be mandatory or voluntary. But I don’t want to get ahead of that process right now.”

The skepticism of the vaccine within the military’s ranks mirrors the hesitancy the White House is trying to combat among a broad segment of the civilian population, as U.S. vaccine supply begins to outpace demand and shots have become available to all American adults 16 and older.

Although Biden announced last week that his administration had achieved its target of 200 million shots during his first 100 days in office, Republicans and younger, white Americans in rural communities remain particularly averse to the vaccine. According to a CNN poll released Thursday, roughly a quarter of American adults surveyed said they will not try to get the shot.

Three vaccines — from drugmakers Pfizer, Moderna and Johnson & Johnson — are currently in use in the U.S. under emergency authorizations from the FDA. Anthony Fauci, the nation’s top infectious disease expert and Biden’s chief medical adviser, told CNN on Wednesday that he hopes the agency grants the shots full approval “very soon.”